How to Deal With a Teenager Who Lies Constantly

It’s understandable why parents can be worried about lying teens. If you start on a bad habit early enough, it can get really hard to get rid of that bad habit in... 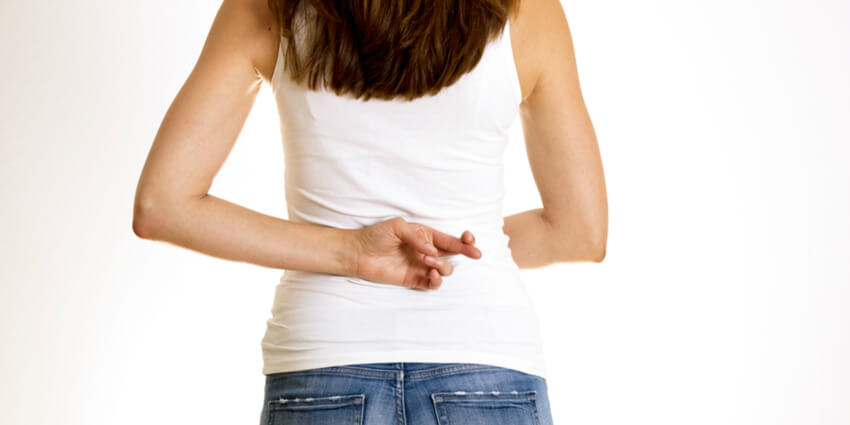 It’s understandable why parents can be worried about lying teens. If you start on a bad habit early enough, it can get really hard to get rid of that bad habit in the future. Who doesn’t want to get a good start in life, right? When parents catch their teens lying, their mind fast forwards to the future where their teen (now an adult) is in therapy for compulsive lying or in trouble because of the lies they tell at work.

Yes, to some extent, lying does have the potential of becoming a serious problem in the future, but the fact that some parents need to understand is that not all lies are the equal, and not all of them deserve a lot of attention and emphasis.

Perhaps what is most frustrating for parents to deal with is the thought that lying does nothing but complicate a situation. It’s much easier and less complicated, to tell the truth, so why do teens still choose to lie?

At its most basic form, lying is a way to manipulate facts in favor of the one telling the lies. It’s a common human trait which everybody does to varying degrees. Teens lie for different reasons, and while it’s important for parents to address the lying, it’s also important to put these things in perspective.

Teens often lie to avoid punishment, to gain acceptance from their peers, to make themselves look better or appear more exciting, to avoid hurting other people’s feelings, and other similar reasons. People start lying at a very young age, and to some extent, this is even considered healthy during the developmental stages of children. It helps them use their imagination and think creatively.

When faced with the fact that your teen lied to you, it’s important to weigh the situation carefully. It’s ideal for parents to talk to their children about lying, why it’s an undesirable behavior and what consequences (natural or otherwise) it may bring to them. Recognize that lying may be your teen’s coping mechanism of choice and that they will have an easier time stopping if they had other coping mechanisms available to them.

Moralizing doesn’t always work with teens. It’s important not to make the issue of lying a moral debate but rather focus on it as a behavioral issue. Help your teen hone their problem-solving skills instead of tolerating avoidant behavior by lying. When parents catch their teen in a lie, they should simply point out to them that they know the teens are lying and that there’s a better way to approach this than telling lies or half-truths.

For example, if your teen tells his friends that his father’s job is something more exciting than it really is, sit down in private and correct the behavior without embarrassing your teen. Try to understand why your teen embellished the truth, but point him to a better path. Perhaps your teen only wanted to gain his peer’s approval, but what else can he do to achieve the same result without resorting to lies?

If your teen passes off a project as hers when she really just lifted it off the internet, it’s important to confront your teen about this lie and talk about how this behavior will negatively impact her. After calling your teen’s attention on the behavior, offer other solutions to help your teen develop skills that will serve better than lying.

If your child has obvious problems with lying, it helps to address this issue by setting separate punishments for lying. This sends the message that lying doesn’t save them from the consequences of their actions and that lying is a separate decision that also brings consequences to them. It’s also advisable to use these punishments sparingly so as not to focus too much on the lying. Overfocusing on the lying part has a negative effect on your teen too, especially since it gives them the idea that they can continue to use lying as a tool to manipulate you.

It’s better to focus on building problem-solving skills and teaching your teen how to deal with stress and anxiety in order to give them other ways to cope.

When Lying is Unacceptable?

As mentioned earlier, not all lies are equal. There’s obviously a world of difference between everyday lies of convenience and lies that were meant to cover up problems like truancy, substance abuse, drug problems, and dangerous activities like drunk driving, etc.

Parents must take action to protect their children from their own bad decisions. Again, in cases like this, lying is a secondary problem too much more serious problem, so it’s not always productive to focus entirely on the lying than on the underlying issue that teens cover up with their lies.

If your teen’s behavior suggests pathological lying, it would help to get a definitive diagnosis through a qualified therapist. Cognitive behavioral therapy may help your teen explore why they feel they have to lie, as well as screen for other possible disorders.