What To Do if Your Teen is Skipping Classes in Highschool

Teen truancy has always been one of the most common problems of parents who send their children to school. Truancy is more marked during teen years because teens are more... 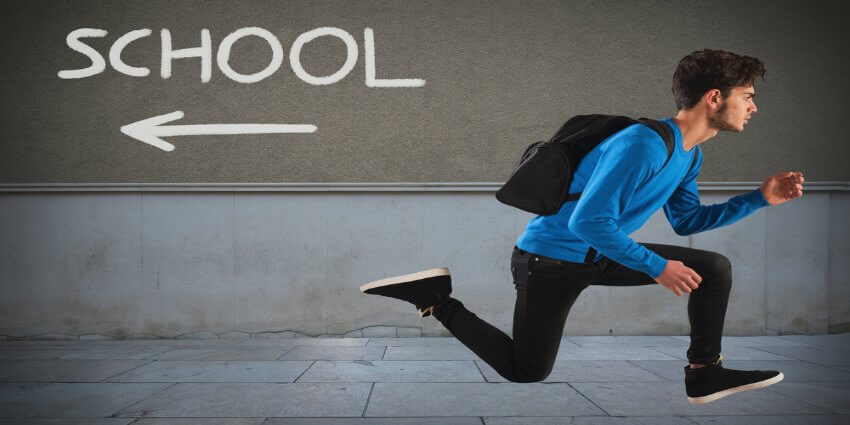 Teen truancy has always been one of the most common problems of parents who send their children to school. Truancy is more marked during teen years because teens are more able to move around than children are. They are also more capable of and have more desire to exercise their independence.

If people were, to be honest about it, not many will admit that they prefer going to school than doing anything else. However, teens who are supposedly still under the authority of their parents should submit to their rules regarding attending school. Whether they enjoy school or not is beside the point. Aside from parental authority, each state has its own laws against truancy.

Family discussions about parents’ expectations when it comes to school performance (especially attendance) is important. The purpose of setting these limits and consequences for your teen is for them to learn self-regulation. In a few years’ time, you won’t be able to effectively exercise your parental authority anymore, so it’s important that your teens learn to make wise choices now.

Each state has different laws in order to keep teens in school. It would help if you checked and found out what laws apply in your state. Fines for truancy can range from $250 to as much as $5,000. In some states, truancy can result to revocation of truant teens’ driver’s licenses. Educating your teen in the truancy laws of your state may serve as a deterrent too, especially if you tell your teen that he/she will be responsible for paying the fine for truancy through weekend jobs.

As mentioned earlier, not a lot of people would probably prefer to be in school when they could be doing something else. Teens are definitely no exception. While it’s very important to have clear limitations on your teen regarding truancy, it’s also important to make a case for going to school. Teens need to be convinced that they need to do something, and not just because their parents told them so.

Unless teens realize that they need to be in school for a good purpose, they will always find a way out of it. Even if they stay in school, they would probably underperform and treat it as a penance rather than a privilege.

One good way to get your teen excited for school is to help them dream about their future. Parents can do this by helping their teens discover what they are good at and showing them what role their primary and secondary education will play in helping them reach their goals.

Why is Your Teen Skipping School?

When teens skip school, parents often automatically assume that it’s just because their teens are too lazy to stay in school. This isn’t always the case. Some children don’t want to go to school because it has become an unpleasant experience for them. This certainly is the case for teens who get bullied by other teens in school. The best way to find out why your teen is skipping school is to ask them.

Listen to their reason and try to see it from their point of view. Help your teen see that it’s safe to share their opinion with you, although you may not always agree with what they think. It may take a while before you can get to the bottom of things because teens often find it hard to put their emotions to words when talking with their parents. It may take some effort to determine if your teen is skipping classes because he/she is being defiant, is just plain lazy and unmotivated, or if there are serious underlying reasons to their truancy.

In cases of chronic truancy, problems like substance abuse, gang involvement, sexual abuse, bullying, depression, and anxiety may factor in.

If you’re having problems keeping your teen in school, some additional effort may go a long way in keeping tabs on your teen’s whereabouts. It may help if you coordinate with your teen’s school to make sure that you are notified if he/she skips classes.It also helps to talk to the guidance counselor at your teen’s school.

If the problem is not just truancy but other serious issues as well, especially if your teen engages in dangerous activities while skipping school, other interventions may also help. Getting them into counseling or therapy may be a good start.